2018 IRONMAN CHATTANOOGA race recap… the race of irony and nothing like the first time around!

I LOVED the race in 2014.  It was great.  Down river swim.  Rolling hills on the bike.  Nice run through Chattanooga on a cool day and rain on the run was even better.  I have such a positive remembrance of that 2014 race, so why should 2018 disappoint?

Just a warning, I’m going to be brutally honest with this post.  I’ve stewed on it for a few days and at this point racing these events, it’s not just to complete them.  I have goals to keep getting better and progressing, whether it be in time or how the race felt.

IRONMAN Chattanooga 2018 was a gut check.  Really made me do some searching to think about what’s really important for this stuff since it’s an integral part of my life.  So, don’t read in too much of the gripes and complaints, but more so being critical of myself and the type A personality I have.

So lets get this started right…

Swim cancelled Wednesday.  Right out of the gate.  Too much rain.  Too much bacteria.  They didn’t even want to mess around and wait to see.

I feel for the first timers.  Wiping out the swim is a gut check, but in reality they had 4 more miles on the bike, so technically it was a 142.2 which is still more than 140.6.  It probably still didn’t take the sting out and a lot of people opted to not race.

Personally I wasn’t all that bitter.  This was IM 5 and so far I had been lucky with no modified races until now.  I also have IM Florida in 4 weeks, so another chance to get a complete full in for the year.  I still count is as a full in my books.

It was actually less stress involved since you didn’t have to worry about swim gear.  No T2 bag.  We started at 8:30am in time trial start on the bikes.  Slept in.  No shuttles to the swim start.  Kind of different, but less stress.


I also commemorated the experience with a off the cuff t-shirt and sticker on custom ink.  Visit the site HERE for the shirt and HERE for the sticker if you want to get one before it shuts down. 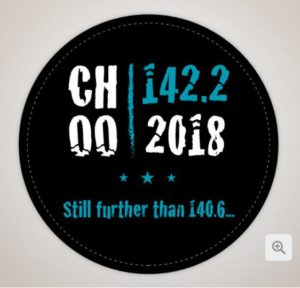 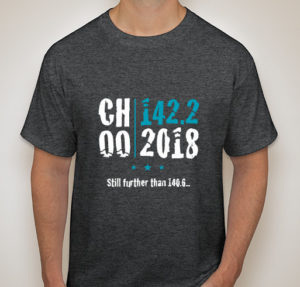 While in Chattanooga, I had a few minutes to create a tutorial on gear bags.
If you ever wonder what to do with what, check them out and share them up!
YOUTUBE LINK HERE

Like I mentioned, swim squashed.
I heard some people actually swam the river before the race and some swam in pools to get the 2.4 in.  Props to them, but that just didn’t seem appealing to me.

I opted to sleep in and get to transition around 6:30.  Drop my run special needs, check the bike and headed back to my car to chill for a bit.

Headed back ready to race around 7:45.  Hit port-a-potties, stand around at the bike racks and then filter out to the TT start.

It was surreal to do a TT start at an IM event.  I did it at 70.3 Racine in 2016 after a storm rolled over and we waited for like 3 hours.  But to know this was how we were starting and to go through the process.  It took some acclimation to let it sink in.  Still have 116 miles on the bike and 26.2 on the run.

This is where my cheese starting sliding off the cracker.
My fitness is ahead of 2014 and biking has improved over the winter, no doubt.  Workouts have been killing it… but I knew my bike fit was going to come up.

Sure enough around the 1:15 mark, my lower back started aching and radiating down my leg.  It zaps my power and I have to frequently stand up and stretch it out.  It just sucks.  I rode 10 minutes slower on the same course in 2014.

I tried to distract myself with nutrition and hydration plan staying on the mark, but on some of the long slow ascents, I just could not ignore it.  I even stopped after the 60 mile aid station and stretched.

Don’t get me wrong, I’ll take the time because some don’t reach that, but to know your fitness is a lot better than that and you are limited by a functional issue… very frustrating.  But, no one to blame but myself for not getting addressed even though I paid through the nose for a fit late last year and it still didn’t really get better.

To do list includes some PT for the back and a bike fit.  Trying to get those lined out because IM Florida is going to suck if nothing changes.

You would think with less power exerted on the bike, I would have something left for the run.  But, what you don’t think about is the anxiety you carry for 4+ hours on the bike dealing with the pain.  It was emotionally draining and knowing I had a 26.2 mile run after was daunting.  Luckily it goes away when I get off the bike.

So much for that theory my fitness is better than it was in 2014.  Well, it is, but the key is race management and course conditions.  2014 was a lot cooler on the run.  2018 the sun came out to start the run and stayed out.  It might have been low 80’s, but that direct sun and humidity was a killer.  Even after hitting a solid hydration plan on the bike and being fine on nutrition, I hit the ole stomach issue.

Bloated.  Painful.  No sloshing though… I gutted out what I could running to each aid station at a pace to not go over the line.  I wanted to at least be consistent the whole run and not shoot my wad on the first 8, walk 9 through whatever and then try and rally.  After Barton hill the first time, I speed walked all the other hills and jogged the downhills and flats.  Stopping at every aid station for water in the Simple Hydration bottle and ice.  I also took in Gatorade and coke to have some fuel with a banana hear and there.  I staved off the mental crash, but my stomach just wasn’t liking the run in the humidity after the painful 116 mile bike ride.  It was a stretch.

Not exactly what I thought I was capable of.  Not really at all.

But the funny part is that this was my best placing in my AG at ANY IRONMAN event.  I was 122 at Boulder in 2015 dealing with plantar fasciitis.  So… I guess maybe a few others suffered along with me. 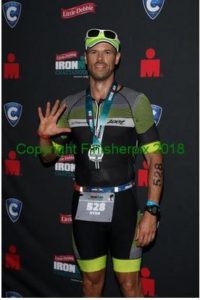 Bike fit bike fit bike fit bike fit.
Ya, being a coach you preach this to your athletes, but coaches make the worst clients not listening to their own advice.  Honestly I know it’s not cheap and having a sub par fit leading to the pain I am in now, I’m gun shy to spend that much on another fit that might or might not help.

I am addressing the back specifically with PT and sports doc visits.  I’m not found of replacing workouts with PT, but being in recovery/taper for IM FL, I have a little flexibility.  Hopefully that helps.

Taking some mental strain off the bike leg I think would be huge.  Nothing stresses the gut out like anxiety.  Dumping stress hormones into the gut only speeds up the stomach pain on the run.

I have work to do in order to handle hot course runs.  I had similar issues at IM 70.3 Boulder on a warm run.  I know I did not get enough fluids in and had the same back issues.  Back after that holy grail of gut management.

I also have a FB group I started sharing course and training tips.  Join up and read up on the weekly tips!  Still learning new tricks after 14 years in the sport!