It was a long time in the making.  Sign up started with a conversation of combining a race and my wife and I’s 10 year anniversary trip.  We came up with Florida as she loves beaches and warm weather and Florida is a very flat course.

On the family side it made good sense.  We brought the kids, my mom and aunt and uncle to help with the 3 kiddos during race week and we were sending them all back home while the wife and I headed to Key West for some kid-less R&R.

Basically for a year my training focus was IM Florida.  I had Boulder 70.3 in there and some other races, but it was all organized around the race on my schedule (and around the normal work and family life).

My original goals were lofty.  I averaged the past 10 years of age group winners for the race to come up with a 9:09:18 finish time if I wanted to sniff Kona.  Lofty indeed.  I knew the swim was getting there, my stand alone run was very good, but the bike still needed work.

After going through the year, training, working and doing life, I realized it was going to be a tall order to get to those splits without major sacrifice like losing my job or getting divorced.  I dialed it back looking for a sub 10 time, since after all I reached 5:01 for Boulder 70.3 and my IM PR was 11:48 at Choo which in theory is a tougher course.  I figured my run form was much improved, swim was much improved and the bike was coming along, especially with the new QR PR SIX in August.

Flash forward to some extensive traveling for work and a family trip the weekend before the race, and it’s easy to see that the best laid plans have to be modified.

It’s hot in Panama City Beach.  KC was hitting lows in the 30’s and highs in the 50’s and we arrived to 80’s and higher humidity.  I expected that, but it’s still eye opening to experience it.

I was ecstatic that everything fell into order as far as getting everyone there and all of my gear making it.  The only issue I had was the zippers on my QR bike bag broke under normal use since they were not exactly heavy duty.  Small potatoes.

This was all after an Austin road trip the weekend before the race and jamming in trick-or-treating around the hood.  It was exhausting, but you can’t bail on life events! 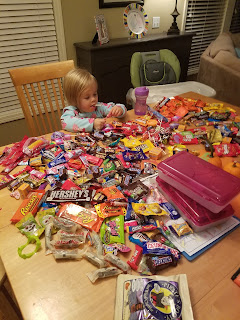 There was nothing too extreme in the days leading up to the race.  A couple workouts, gear and bike check ins and trips to the beaches.  Obviously it was warmer and more humid, but nothing that really sticks out.

Speaking of gear transport, special shout out to TriBikeTransport for another no issue bike and gear bag delivery.  I’ve heard the horror stories, but I dropped my bike and bag off the weekend before and got my bike back 3 days after the race.  No issues.  No damage.  No hassles!  So far I have used them for 2014 IRONMAN Lake Tahoe and 2017 IRONMAN Florida.  They keep earning my business for sure.

First open water swim in the ocean for a race.  I was anxious to see if my training would get me through the swim since I do not have much access to open water, let alone salt water.  Pretty much all swimming was done in the pool with focused workouts and swim gear to build strength, and it paid off.

The water was pretty calm, but there were waves to swim past to get to the turn around and I drank a lot of salt water.  The rolling start aided in spreading swimmers out, but I still got kicked in the head and grabbed by the feet… a lot.  Comes with the territory.

One trick I’d recommend is a pepto tab before the swim.  It coats the stomach and kept me from feeling like yakking from salt water ingestion. 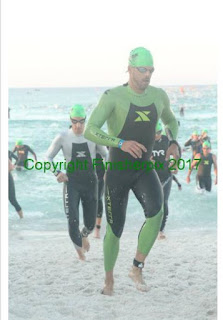 The good, the bad and the ugly.

This is where I knew I was going to face up to the fact I was lacking in the training to get me to anywhere near a 10 hour IM.  I utilized the time I could, but there’s just not enough hours in the week.  Yes, I did miss some days opting for sleep instead of getting up and burning the candle at both ends.  You could argue better to be healthy than tired and weak immune system.

Lets also recognize that averaging 19 mph on any IM bike course isn’t shabby compared to what time I had to work with for training.  Highest mileage day was 40 miles indoors before family got up and 40 more outside after activities for the kids.  It’s not ideal, but it gets the job done and I’m still married and my kids don’t hate me for never being home on the weekends. 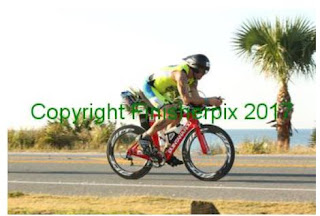 This is where the wheels fell off.  As much as I could, I tried to jam water in, but it really caught me at mile 8.  Hot, humid and after 2.4 miles in the water and 112 on the bike, my stomach, head and muscles were not having it.

I walked miles 11 through 19.  There was some hustling here and there, but at any onset of nausea, cramps or light headedness, back to walking.  I was not interested in a DNF like Texas after I drug the family to this race.

So much of me wanted to quit, hang up the IM mantle, drop coaching and just go back to being a non-triathlete.  So many people with good intentions trying to motivate me only got the drop dead stare and not much of my appreciation.

It does put it into perspective when you complain about being 7 miles out and someone was on loop 1 with 15 miles to go.  I also felt very selfish for being upset with the train wreck my ideal race had become considering the family that came with me and the excitement they had to watch.  I figured they didn’t really want to hear me bitching at the finish lines about having a sucky race.

Somehow when the sun went down at mile 19, I found some shuffling techniques to get me done faster.  It was not pretty.  It was not fun.  But, it got me there.

Not an IM PR for me.

It is a PR for having 3 kids and both my wife and I work demanding full time jobs.  You have to look at the end game through two lenses.  No, I didn’t sniff a 10 hr IM, but looking at everything going on, 12:30 isn’t a joke or a fluke. 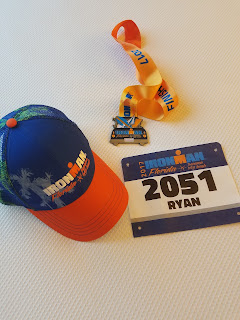 What’s better than escaping Kansas in November for Florida beaches?  10 year anniversary with the wife in Key West for a few days.

If you can, I highly recommend some R and R days built into the end if you can send the family home early.  Key West worked well since you walk or ride a bike everywhere.  Mix in some jet ski fun and jelly fish stings on a snorkel trip and you have a great recovery trip.

And, you can’t have an IRONMAN without a gluttoness moment… 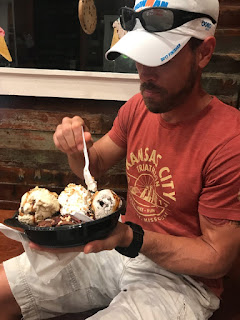 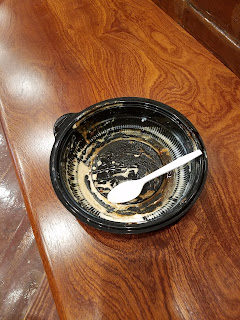 Don’t mess with hassling with a cramped car.  Even if you don’t bring a van full, rent a minivan.  They aren’t sexy, but they make life a lot easier. 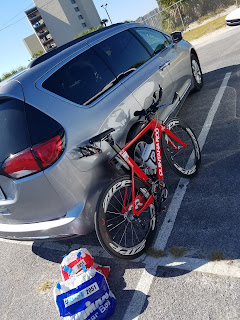 If you bring the family, consider the host hotel or something close.  We had good parking, but it was around 3 miles away from where we stayed and it was a challenge for my Sherpa crew to get back and forth from start and finish lines.

Get there first day for check in to avoid the lines.  It was hot and sunny and in no way would I have wanted to stand in line for athlete check in.

Don’t buy into the whole “IM Florida is flat and a PR dream”.  It is flat, but from start to finish I had to pedal with little coasting with a 5 to 10 mph breeze that changes direction.  After 112 miles it gets old.  Power power power.  Develop your power and prepare to hold it for 112 miles for your best bike split.

It’s hot and humid.  I tried to cram as much water as I could on the bike, but after a while it just sits there.  In retrospect I should have traded some runs for bike rides and walked aid stations at the start of the run to get water and digest it.  Mile 10 I could tell I wasn’t getting it in and it was just sloshing in the stomach.  Mile 11 to 19ish it was a crap show of walking, light headedness and near cramps.  Best laid plans were derailed and I opted to not run myself into the ground and salvage a decent finish.